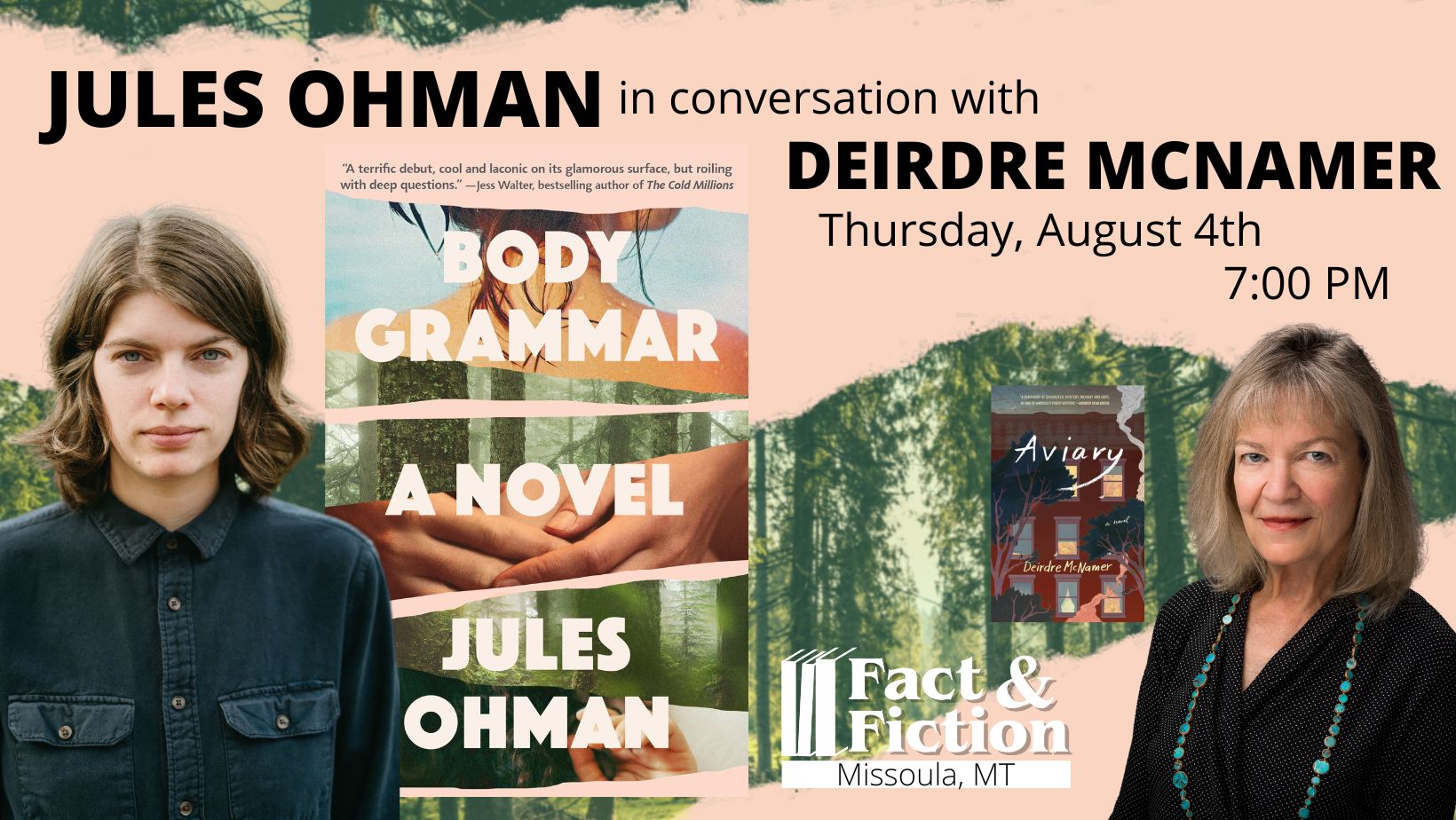 Join us on Thursday, August 4th, at 7 PM for a discussion between authors Jules Ohman and Deirdre McNamer about Ohman's new novel Body Grammar.

By the time Lou turns eighteen, modeling agents across Portland have scouted her for her striking androgynous look. Lou has no interest in fashion or being in the spotlight. She prefers to take photographs, especially of Ivy, her close friend and secret crush.

But when a hike ends in a tragic accident, Lou finds herself lost and ridden with guilt. Determined to find a purpose, Lou moves to New York and steps into the dizzying world of international fashion shows, haute couture, and editorial shoots. It’s a whirlwind of learning how to walk and how to command a body she’s never felt at ease in. But in the limelight, Lou begins to fear that she’s losing her identity—as an individual, as an artist, and as a person still in love with the girl she left behind.

A sharply observed and intimate story of grief and healing, doubt and self-acceptance set against the hyper-image-conscious industry of modeling and high fashion, Body Grammar shines with the anxieties of findingyour place in the world and the heartbreaking beauty of pursuing love.

About the author: Jules Ohman received an MFA from the University of Montana and cofounded the nonprofit Free Verse. She coordinates Literary Arts’ Writers in the Schools program and lives in Portland, Oregon, with her wife.

Deirdre McNamer is the author of five novels: Aviary, Rima in the Weeds, One Sweet Quarrel, My Russian, and Red Rover, which was a winner of the Montana Book Award and was named a best book of the year by Artforum, the Washington Post, and the Los Angeles Times. Her essays, short fiction, and reviews have appeared in the New Yorker, Ploughshares, the New York Times, and Outside, among other venues. McNamer chaired the fiction panel of the National Book Awards in 2011 and was a judge for the 2015 PEN/Faulkner Award.