John Dover Book Event: Once Upon A Fang in the Wild West 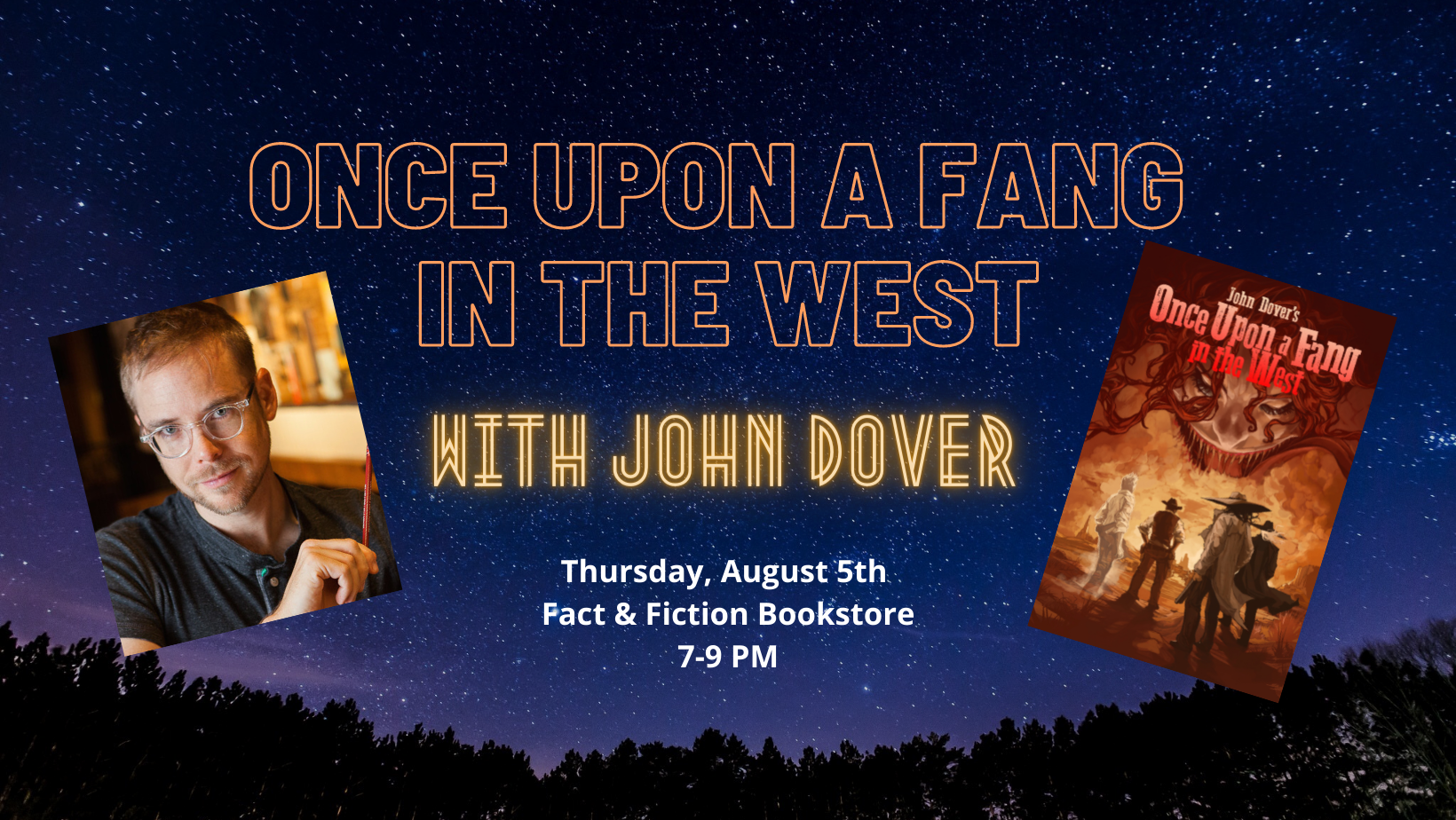 Join us Thursday, August 5th at 7 PM for an evening of fun with John Dover, author of Once Upon A Fang in the Wild West.

More about the author:

Author, musician, and Montana native John Dover is coming home. Dover, who grew up in Bozeman, will be making the rounds with concerts and book signings in the first week of August. He’ll be signing books at Fact & Fiction at 7pm on Thursday, the 5th of August. Dover, who now resides in Portland, Oregon, has been busy promoting his latest release from Not A Pipe Publishing, Once Upon A Fang in the West. This Spaghetti Western Vampire novel follows a band of misfits on their hunt for Ruby, an ancient creature who has made off with their friend. This fast-paced and violent adventure was first conceived when Dover wrote a duo of short stories for an anthology based in his mythical west titled, Tales from the Braided Pony, published by Alucard Press. Dover connected with Not A Pipe Publishing to bring his original short stories together for his blood-fueled novel that was released on May 4th 2020.

Dover’s journey as a writer began with his Doverny Scotch books, comic book series, and a project incorporating live music with the readings from his books. He continues to delve into the hard-boiled detective realm of Johnny Scotch, but also into the dark recesses of horror with a number of short stories published by KJK Publishing, Stitched Smile Publications, Breaking Rules Publishing and more.

As a musician, Dover has continued his path from his youth through his teaching, guest artist performances and clinics as an artist and clinician for Bach Trumpets. Dover has recorded for various artists over the years including: The Colin Trio, Joanne Wang, a number of Portland bands, as well as on soundtracks for Opera Theater Oregon’s 48-hour film festival projects. Recently Dover has released his own trumpet method book, tying his writing and music worlds together even further.

Dover will perform as a special guest artist with the Bozeman Municipal Band as part of their 100 year anniversary celebration. Dover was scheduled to perform with the band last summer but due to COVID-19, that performance had to be delayed a year. As the world begins to transition back to normal, the arts have begun to wake up, and, on August 3rd, Dover will present a special concert with the group that he once performed with every summer when he was in school.

Once Upon a Fang in the West (Paperback)