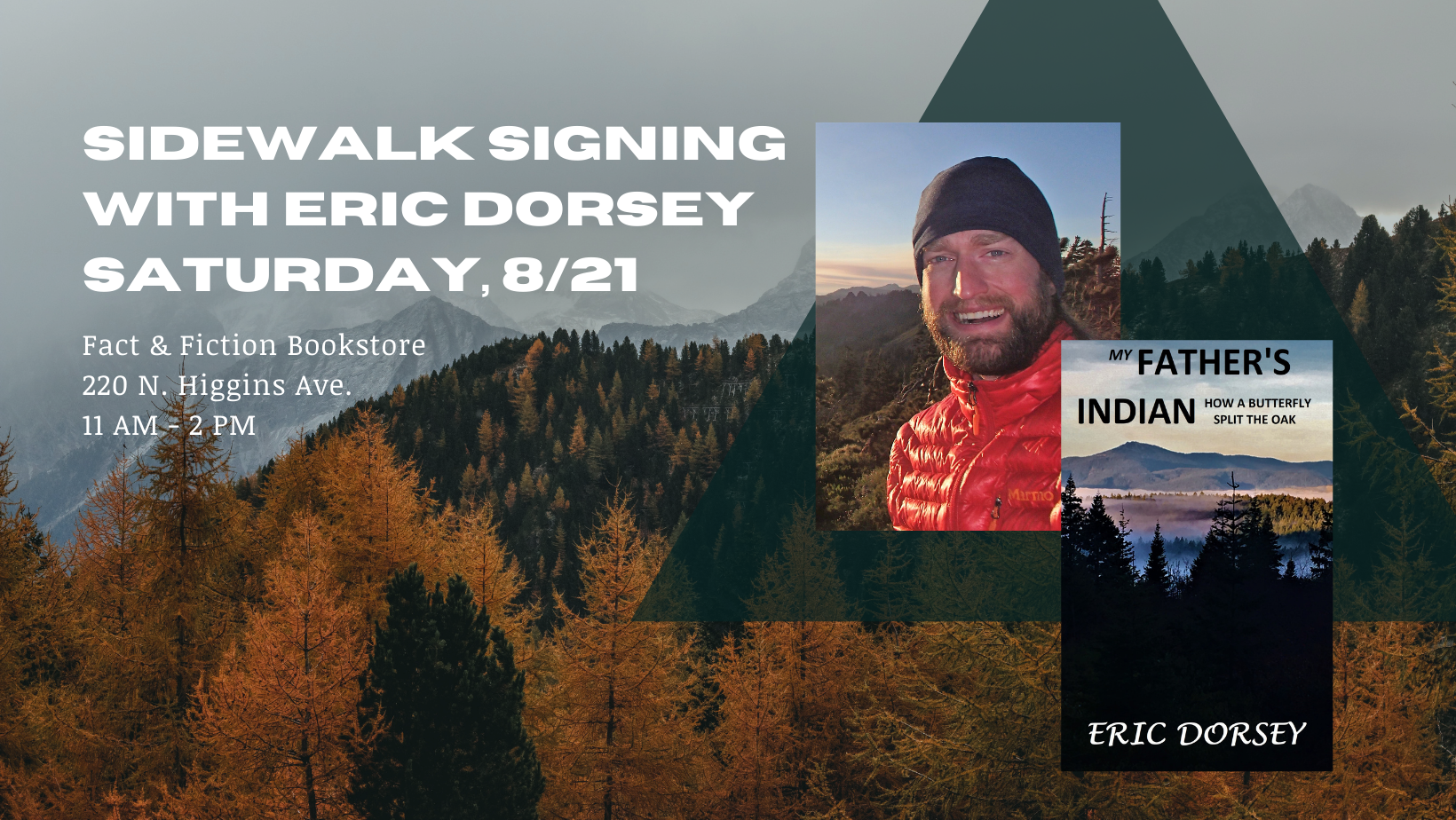 Seeking meaning, Eric abandoned a career in finance to work on an ambulance, later selling everything he owned to live in a van, tooling around the West while delving into the depths of human tragedy as a critical care nurse. His journey included four degrees, MS/BS Math, BS Nursing, and most interestingly, a BS in Psychology, focusing on human connection, gender relations, and sexuality.
An avid backpacker, he has spent months in the wilderness, covering thousands of miles over large chunks of the Appalachian Trail and Pacific Crest Trail, among numerous others. He has also explored the backcountry in Patagonia, Norway and Canada.
Tiring of full-time van life, he purchased a tiny cabin in the mountains, where most of this novel was written. Gazing at the view, with music shaping the vibe and a cup of coffee or tea in hand, he penned Susan’s journey. Appropriately, this view became the novel’s cover art.
He currently lives in an actual house, in Missoula, Montana, with his partner Laurel and her thirty-five-year-old stuffed raccoon. When he’s not working at the local hospital, now as a nephrology nurse, he can be found trail running in the surrounding mountains. He is well known for his love of burritos.
https://www.ericdorseyauthor.com/
Event date:
Saturday, August 21, 2021 - 11:00am to 2:00pm
Event address:
220 N Higgins Ave.
Missoula, MT 59802-4435

My Father's Indian: How a Butterfly Split the Oak (Paperback)