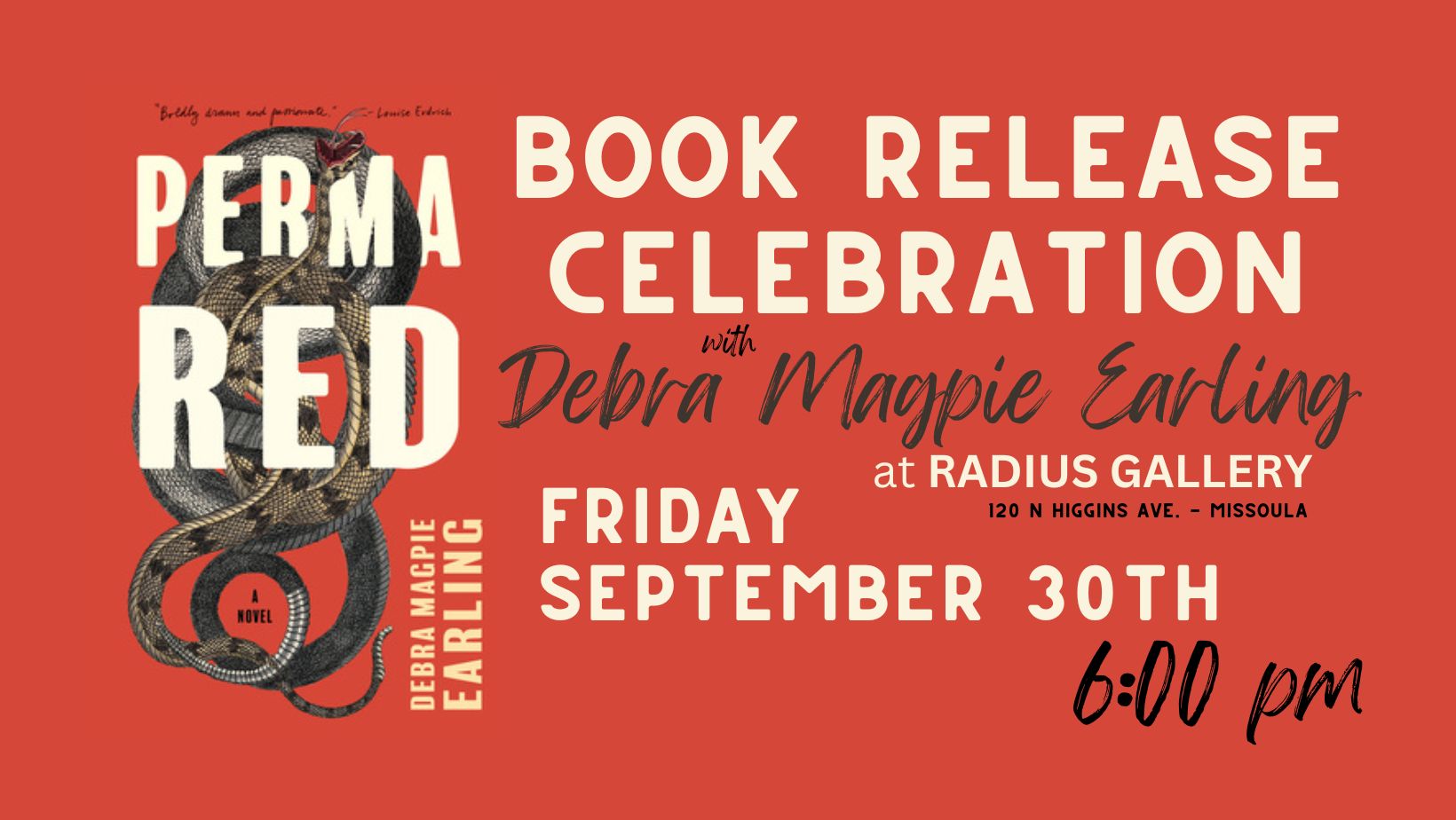 Join us on Friday, September 30th, at 6 PM for the long overdue re-release of Debra Magpie Earling's novel, Perma Red.

Bold, passionate, and more urgent than ever, Debra Magpie Earling's powerful classic novel is reborn in this new edition.

On the Flathead Indian Reservation, summer is ending, and Louise White Elk is determined to forge her own path. Raised by her Grandmother Magpie after the death of her mother, Louise and her younger sister have grown up into the harsh social and physical landscape of western Montana in the 1940s, where Native people endure boarding schools and life far from home. As she approaches adulthood, Louise hopes to create an independent life for herself and an improved future for her family--but three persistent men have other plans.

Since childhood, Louise has been pursued by Baptiste Yellow Knife, feared not only for his rough-and-tumble ways, but also for the preternatural gifts of his bloodline. Baptiste's rival is his cousin, Charlie Kicking Woman: a man caught between worlds, torn between his duty as a tribal officer and his fascination with Louise. And then there is Harvey Stoner. The white real estate mogul can offer Louise her wildest dreams of freedom, but at what cost?

As tensions mount, Louise finds herself trying to outrun the bitter clutches of winter and the will of powerful men, facing choices that will alter her life--and end another's--forever.

About the author: Debra Magpie Earling is a member of the Confederated Salish and Kootenai Tribes of Montana. She is Bitterroot Salish. Her novel Perma Red (Putnam, 2002) won the Western Writers Association Spur Award, WWA’s Medicine Pipe Bearer Award for Best First Novel, a WILLA Literary Award and the American Book Award. It is now being re-released by Milkweed Editions. The Lost Journals of Sacajewea (Koch editions, 2010),  a collaboration with photographer Peter Rutledge Koch, re-invents the life of Sacajewea. The Lost Journals of Sacajewea has recently been enlarged as a novel and will be published by Milkweed Editions in the spring of 2023. Earling's  publications also include stories in The Last Best Place: A Montana Anthology; Talking Leaves: Contemporary Native American Short Stories; The Best of Montana Fiction; Hearth: A Global Conversation on Identity, Community, and Place, and numerous essays. She is the recipient of a Guggenheim Fellowship, and an NEA. In 2019, Perma Red was voted Montana’s Best Loved Novel through “The Great Montana Read” program, headed by PBS and Montana Public Radio.

Books will be available at the event!