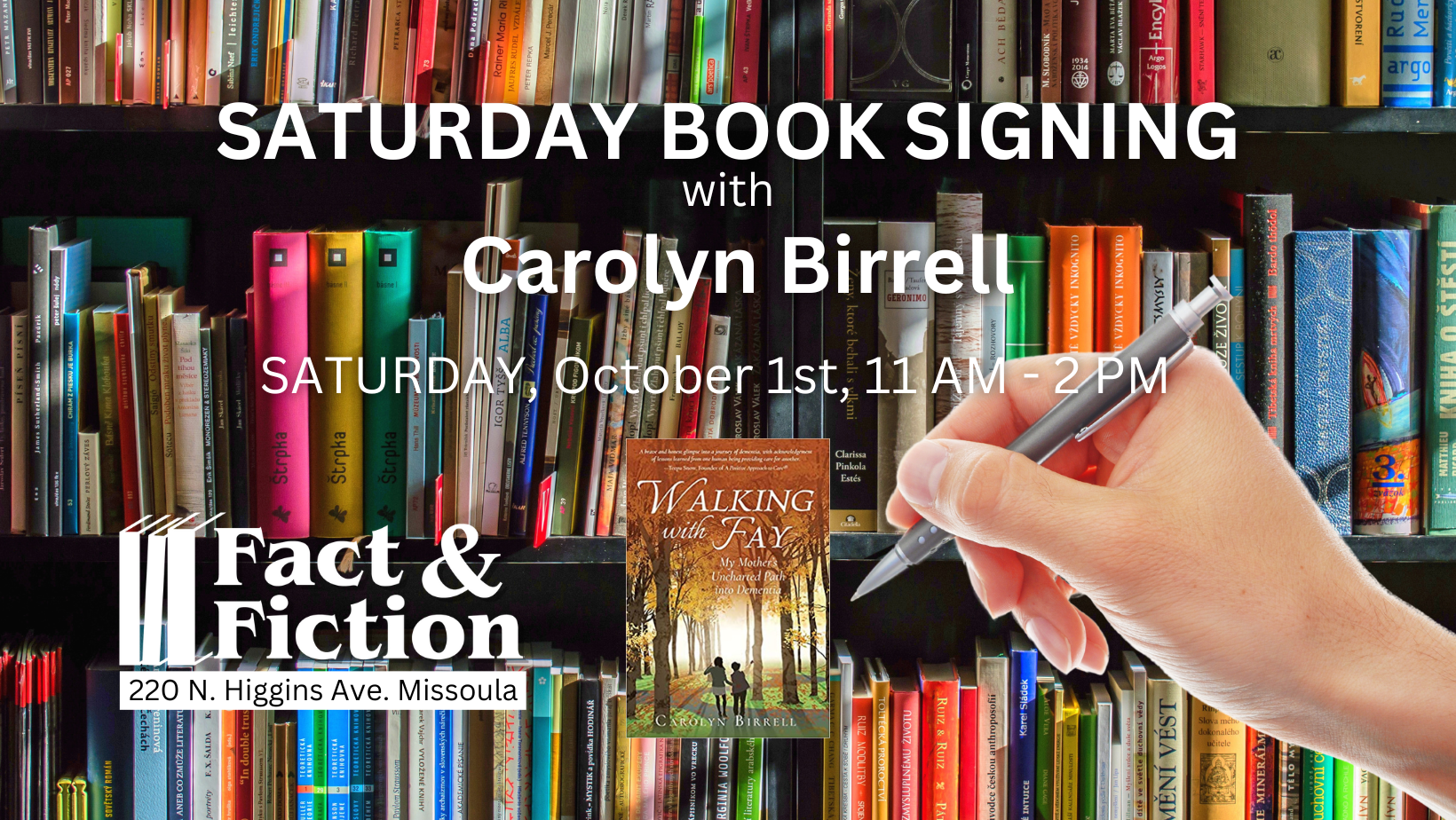 Join us on Saturday, October 1st for a sidewalk signing with author Carolyn Birrell from 11 AM to 2 PM for her newest book Walking With Fay: My Mother's Uncharted Path into Dementia.

A heartwarming story of a mother and her daughter as they navigate the twists and turns along the path into dementia. Filled with genuine, relatable, and often hilarious stories, this book is for those struggling to keep pace and always feeling one-step-behind as they live through the painful reality of their loved one's slow and tortuous farewell.

Yours may not force feed stuffed animals vanilla pudding or burn their neighbor’s mail, but if you've found yourself grappling with the indecision and guilt that often comes with caring for a loved one with dementia, this book will help you find solace as you deal with it realistically and with a heart at peace.

About the author: Carolyn Birrell grew up in the small town of Holley, NY, and moved to Atlanta, GA, in the mid-80s where she worked for the American Cancer Society National Headquarters and then as a real estate agent and new home builder. After 20 years in the Peach State, Carolyn retired to the Gem State, landing in Bonners Ferry, ID, a near-duplicate of the town where she grew up.

​Soon after her move, she managed to move her aging mother to be near her and spent the next eight years caring for her while learning “all things dementia.” It was during that time that Carolyn started chronicling her stories, writing things down initially to make sense of her early-stage dementia and the terrifying behaviors that came with it.

​It quickly became obvious that Carolyn needed help with how to care for her mother and she began searching for tips and clues in the published books out there at the time. It was 2012 and Carolyn was having trouble finding many that hit the mark with real life stories she could relate to, and she really struggled. Carolyn was fortunate to discover the Alzheimer's Association's Local Chapter Meetings, and she found several helpful online sites (referenced in her book), but she was drowning.

​Somewhere along the way Carolyn realized that she’d been compiling the very stories she had searched for in the early days, and that she might have found a way to help others who are feeling lost like she was. That's her sincere hope.

​Carolyn now splits her time between her home in Idaho and the Florida Gulf Coast, where you can usually find her on her paddle board, plucking strings on her ukulele, or pulling weeds. This is her first book.

Walking with Fay: My Mother's Uncharted Path into Dementia (Paperback)