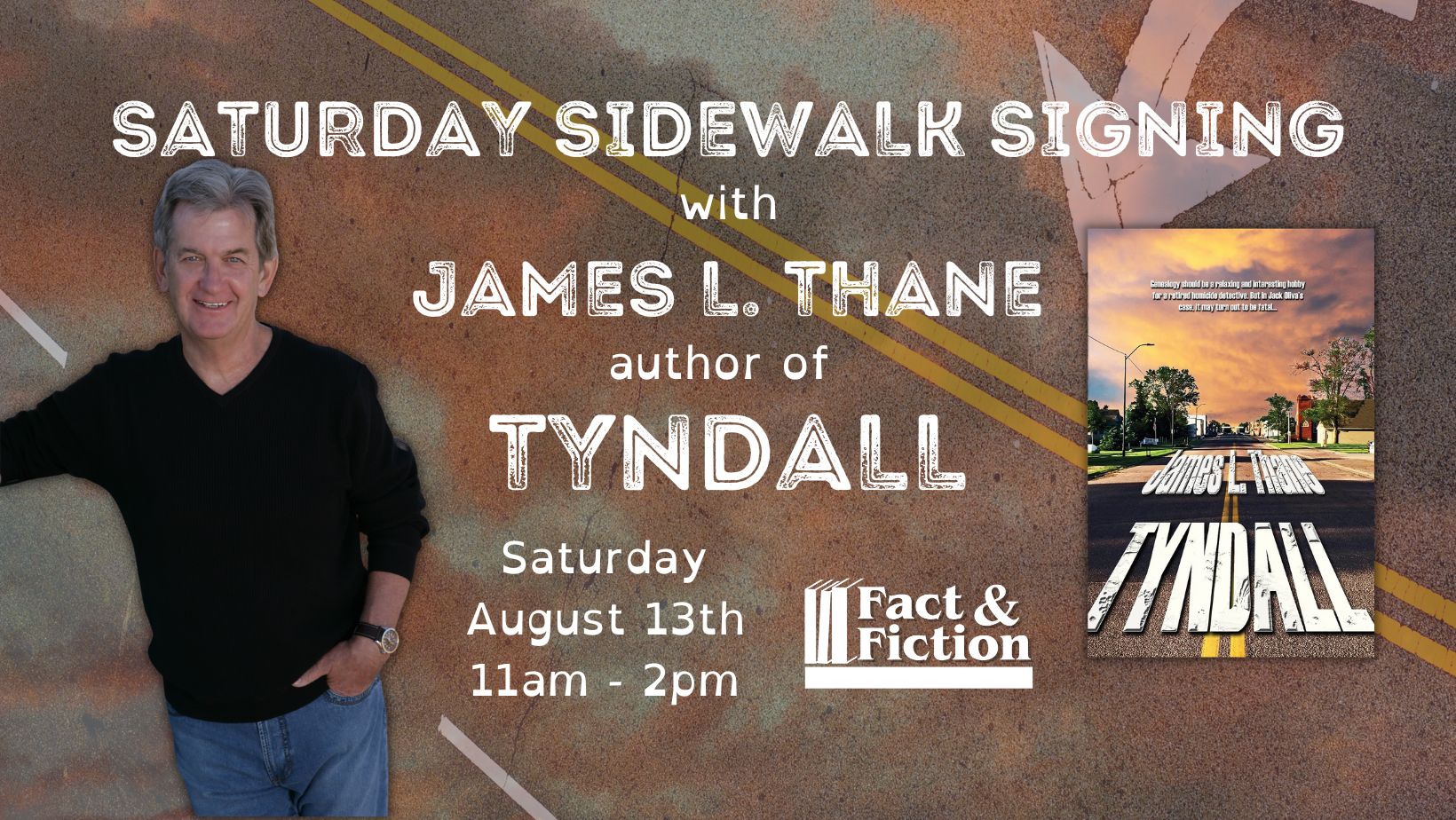 Join us on Saturday, August 13th, for a sidewalk signing with author James L. Thane from 11 AM - 2 PM for his new book, TYNDALL.

Retired Phoenix homicide detective Jack Oliva is curious about his roots. For nearly seventy years, his mother never mentioned his grandfather's name, leaving Jack to wonder why she never celebrated her father's birthday or commemorated the anniversary of his death. Following his mother's death, Jack discovers an old photograph of the grandfather he never knew and, intrigued by the mystery, he decides to dig into his family's history. The search takes him to the tiny town of Tyndall, South Dakota where his grandfather died in 1925. But as Jack begins to investigate the circumstances surrounding his grandfather's death, he gets a surprise he never anticipated. He also quickly discovers that some old scores are never fully settled and that resurrecting scandals, even those a century old, can sometimes be a very dangerous thing to do.

About the author: James L. Thane was born and raised in western Montana. He has worked as a janitor, a dry cleaner, an auto parts salesman, a sawyer, an ambulance driver, and a college professor. Always an avid reader, Thane was introduced to the world of crime fiction at a tender age by his father and mother who were fans of Erle Stanley Gardner and Agatha Christie, respectively. He began his own writing career by contributing articles on intramural basketball games to his high school newspaper. He is the author of four novels featuring Phoenix homicide detective Sean Richardson: NO PLACE TO DIE, UNTIL DEATH, FATAL BLOW, and SOUTH OF THE DEUCE. He has also written two stand-alone mystery novels, CROSSROADS, which is set in the Flathead Valley of northwestern Montana and TYNDALL, which is set in South Dakota. Jim is active on Goodreads, and you may also find him on Facebook, Twitter and at www.jameslthane.com. He divides his time between Scottsdale, Arizona and Lakeside, Montana.